From Intern To Anchor: 5 Things I Learned About Success

From Intern To Anchor: 5 Things I Learned About Success 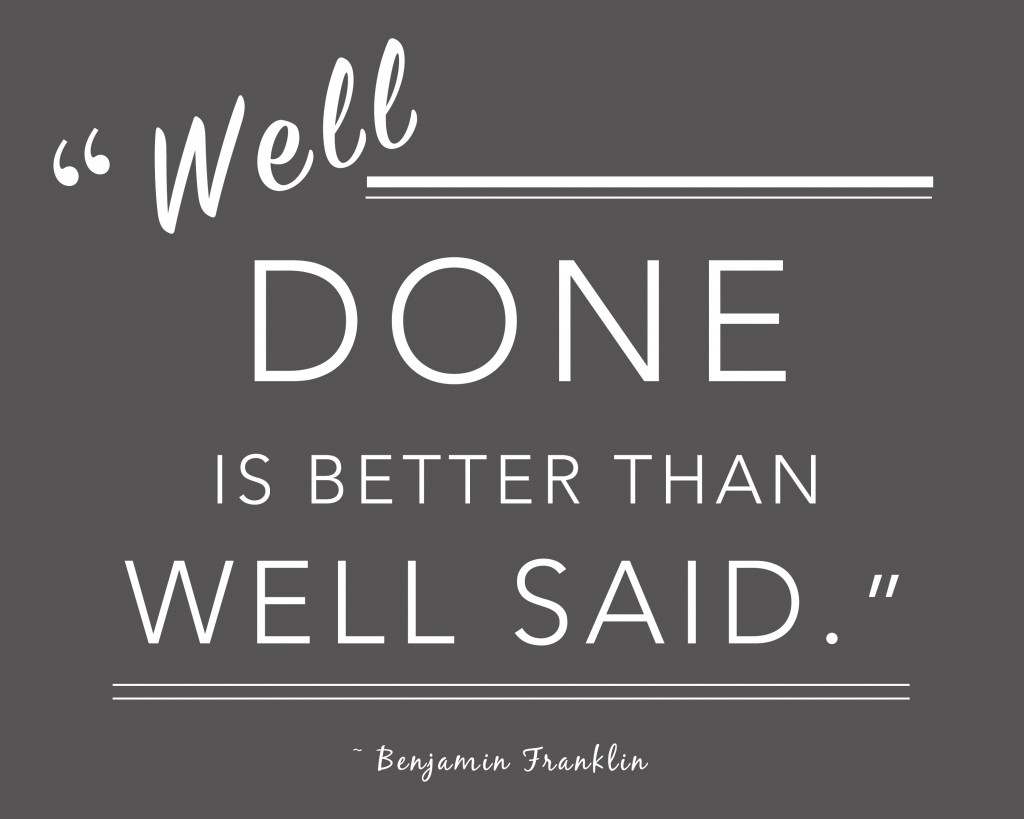 Ambition is not a dirty word.

You need ambition to drive you forward — to not only set goals, but to actually reach them.  Without ambition, it’s all just sort of blah.

There was never any blah in my world.  I wouldn’t have it.  That’s how I managed to rise from news intern to main anchor.

People frequently ask about my story.  In fact, just last week I received a message on Twitter from an ASU student who just scored an internship at my former station. He heard my story and said he was inspired.  He hoped that he could make the same happen for himself.   I wrote him back the following:  “You will rock it.  Work hard and always stay positive”.

So, how did I do it?  How did I take a dream and make it a reality?

Here are five steps to success that worked for me:

Having a strong vision of where you want to go is a clear way to stay motivated.  For me, it was an evolution: from intern to writer, from writer to field producer, from field producer to general assignment reporter and then on to investigative journalism and anchoring.  Every step in the journey does not necessarily need to be a step up, but it needs to be an expansion of where you are today.  Motivation keeps us engaged.

Just showing up isn’t good enough.  You have to prove that you are valuable to the operation.  I made it a point to learn a lot of different jobs in the newsroom.  I enjoyed the mechanics of television and, always wanting to know more, was willing to learn from anyone who was willing to teach me.   As my internship was coming to an end, I remember the main anchor at the time saying to me, “I thought you were already a full time employee.”  I didn’t just show up — I made an impression through hard work.

Tweeting uplifting quotes is sweet and often appreciated; however, truly being a positive force in your work means that you are a person who, each day, brings good energy, forward thinking ideas and intellectual or moral support to those around you.  My former co-workers called me the karma police.  Very simply, I don’t believe in negative speak.  I also don’t believe in gossip.  Nothing is a bigger waste of time.  One trick that has often worked for me in keeping my mind and actions focused on the positive is to take a moment to breathe in the good and breathe out the bad.  It sounds simple, but I will tell you it works.  It’s not always easy keeping yourself from going down the negative rabbit hole.  But what you put into the world is up to you.  You can choose to be a positive force — to be a leader not a follower.

As someone who began her career in a top 20 market, there were many days I felt that the whole world watched me fail.  Live television is unforgiving and viewers, God bless them, will let you know when you look like a fool.  Granted, it takes courage to admit our mistakes.  Embracing moments of failure — which we all have — is important.  It allows us to focus on what we can do better.  Really, the biggest mistake a person could make is to think they know it all.  Life is a constant lesson if we are open to learning.

The word ambition gets a bad wrap — it is not a dirty word.  Too often it is associated with being calculating and manipulative.  But ambition is not a negative — it’s a positive.  When I was an intern, I worked with a group of women who were ambitious in their careers, but also confident enough to be supportive.  Those women, including CNN’s Christi Paul, rooted for me to find success in this industry.  I suppose this experience helped shape the kind of professional woman I would become — someone who knows that it is okay to root for yourself and attack your personal goals with ambition and drive.  At the same time, I like to see others win.  Each of us has our own path, it’s up to us, and no one else, to pave it.