Three Acts of Kindness That Saved A Life

Three Acts of Kindness That Saved A Life

“I was just waiting for someone to turn their back on me.”

16 year old Eddie stood on stage and poured his heart out (not easy for anyone, let alone a teenager to do).  He talked about the father with PTSD who was off his meds, abusive, and out of control.   The mother who disappeared from his life.  The uncle who was a raging alcoholic. 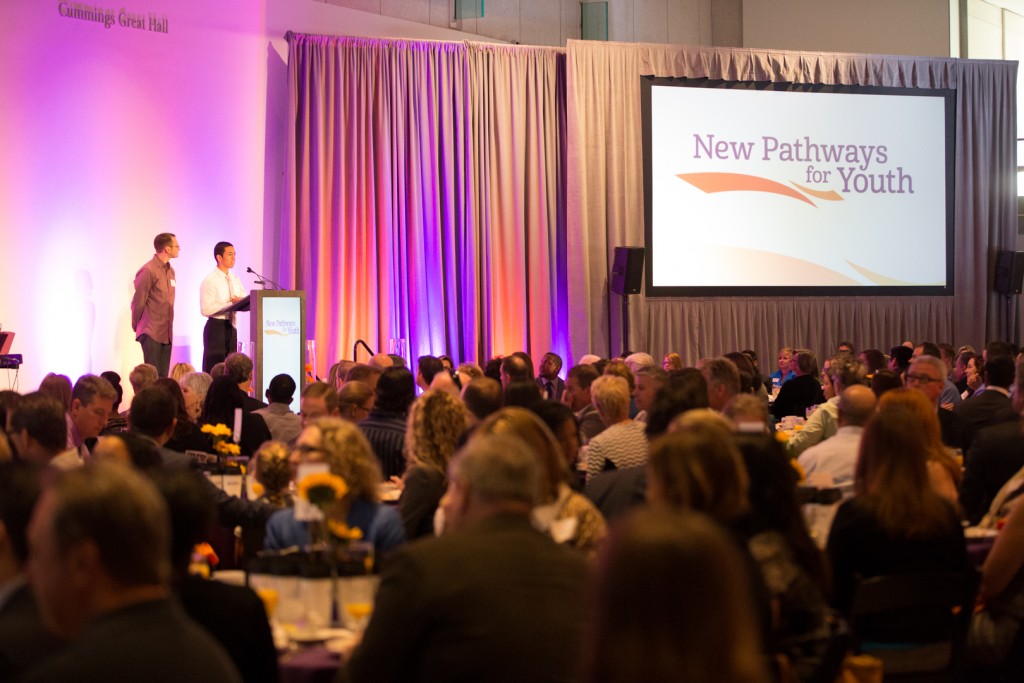 By 8th grade, Eddie had bounced from one home to another.  When his father got remarried, there was a glimmer of hope that things would get better, but that hope faded fast.  As things progressively got worse,  Eddie was forced to sleep outside without food.  He was starving and scared.  Until the day a stranger reached out to him.

This was the first act of kindness Eddie says saved his life.

A man saw him wandering on the street and stopped to ask a simple question, “Are you okay?”  He took the boy into his home, fed him, and called for help. It was a sign that someone cared.

After that, Eddie moved from relative to relative.  He ended up back under the same roof as his alcoholic uncle.  Eddie says at that point he began spinning out of control.  He was both using and selling marijuana.  He said that he expected, in a few years, he would either be in a group home, locked up, or as he put it, a ‘blood stain on the sidewalk.’

Then came the second act of kindness.

A neighbor offered to open his home to Eddie.  After all of these years, he finally had a stable place to live.

From there came help from an incredible nonprofit called New Pathways for Youth.  Eddie was referred by a counselor at school.  New Pathways takes kids, like Eddie, and changes the trajectory of their lives.  Through mentoring and life skills training, the nonprofit teaches these kids not only to survive, but thrive. It only works, though, if the kids want to make those changes.

He was filled with anxiety.  For so long, he had no direction and he didn’t care.  Now, he was being forced to have higher standards for himself, to set goals and to plan for the future.  For the first time, people around him were paying attention — people like his mentor, Drew.

A third act of kindness.

Eddie told the crowd his family had  “placed him to the side like a piece of trash.”  Now, he is learning what it feels like to be loved.

To watch this young man stand on stage at the New Pathways breakfast and pour his heart out was emotional.  He is an example of what acts of kindness can do.  Eddie is on the honor roll, he’s in ROTC and on the Ranger Team.  He wants to join the military and then go to college and develop as an artist.

A promise was made on stage this day.  Eddie said that he will “go on to do great things with the doors that have been opened for him.”

He was willing to make changes and do the hard word.  Now the kid who could see only group homes, jail, or death sees a new pathway to his future.

For more information about New Pathways for Youth visit their website and learn how you can get involved!
npfy.org 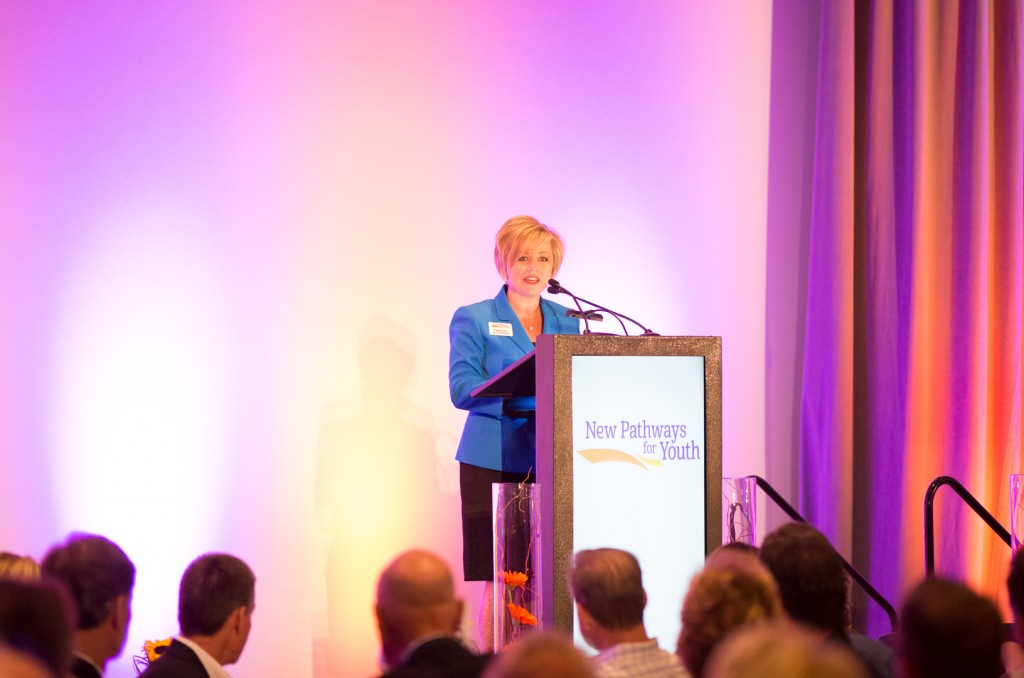 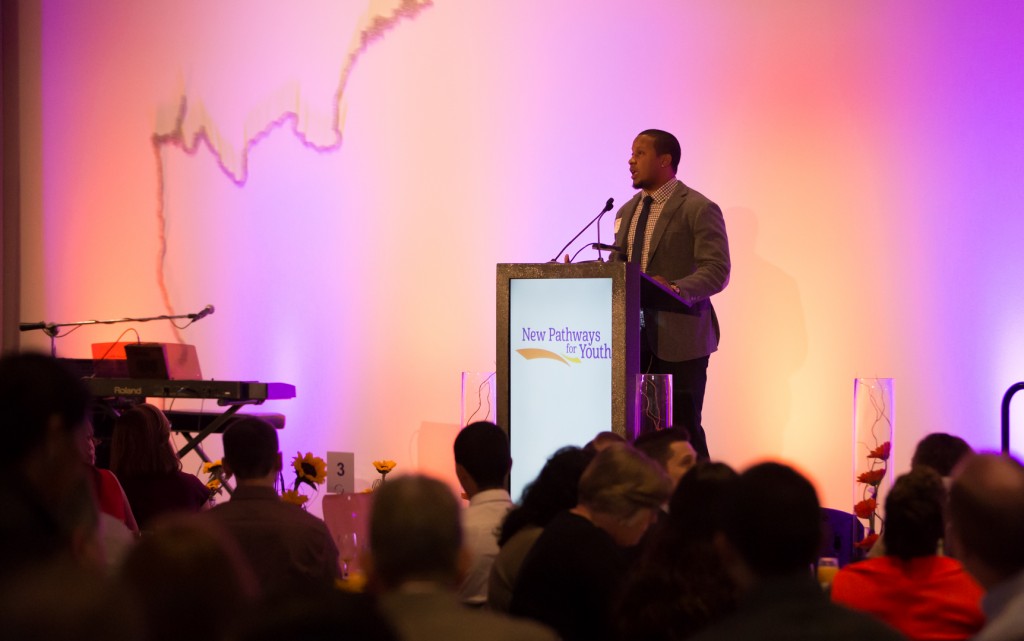