Valley Leadership-Man and Woman of the Year Awards.

Valley Leadership-Man and Woman of the Year Awards.

Outstanding leaders go out of their way to boost the self-esteem of their personnel. If people believe in themselves, it’s amazing what they can accomplish. —Sam Walton

What does it take to be a leader?  Not just a boss but a true leader. 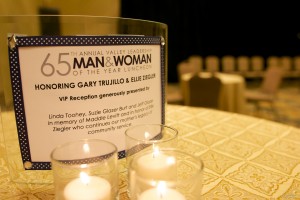 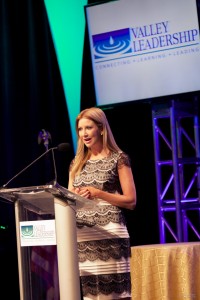 To be in a room full of thought leaders; people who are inspired — and who want to inspire others —  is pretty incredible.

Thats why I love Valley Leadership.  Their motto is connecting, learning, leading.

For the second year I was asked to emcee their Man and Woman of the Year Awards.  And again this year, two outstanding leaders were chosen. 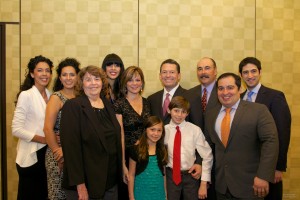 Gary Trujillo was told at one point along the way that he wasn’t cut out for higher education.  He went on to get his MBA from Harvard Business School.  His resume is impressive, to say the least and his accomplishments are many.  Gary has done a lot for the community over the years including the creation of the Roosevelt Community Technology Center in Phoenix.  They provide state-of-the-art computer technology to hundreds of families who are often underserved and overlooked.   Gary’s story goes to show that you can never let anyone define your limitations.  Glass ceilings are made to be broken. 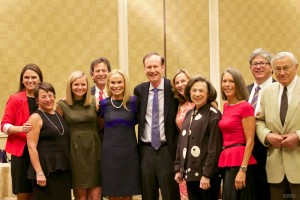 Ellie Ziegler is a woman who breaks the ceiling every day.  She has volunteered for over 30 non profits over the years.  Right now she is focused on Boys & Girls Clubs of Phoenix and Scottsdale.  Ellie expanded their Back-to-School Clothing program from serving 150 to 1000 children in lower income schools.  She cares and she shows it with her actions. 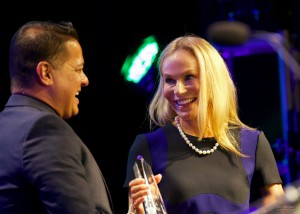 These two people are not just doing lots of stuff.  These are people who are daring to lead.

I start with the premise that the function of leadership is to produce more leaders, not more followers. —Ralph Nader

It never fails — I walk out of this event with my mind racing.  What does it mean to be a leader?  How can I be better?

The 5 things leadership means to me:

-Being inspired and inspiring

– Showing support for those around you

People like Ellie and Gary inspire me to be a leader in ways big and small.  They lead without seeking recognition.  They lead, because that is who they are. 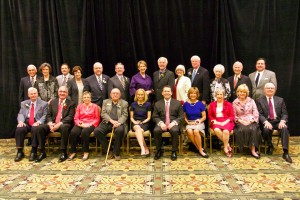 Current and Past M&W Honorees

A leader is best when people barely know he exists, when his work is done, his aim fulfilled, they will say: we did it ourselves. —Lao Tzu

A special thanks to Jerry Harper Creative for providing photography for this Blog.