What I learned from Elizabeth Smart.

What I learned from Elizabeth Smart. 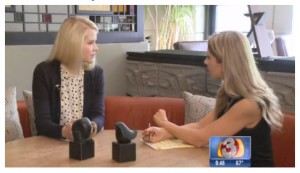 My day started early — meeting Elizabeth Smart at the Arizona Biltmore for an interview.  We tucked into a corner booth.  She was not the little girl I remember from media coverage of her kidnapping.  In walked a beautiful, poised young woman.  She was soft spoken but very confident as she talked about her journey from victim to advocate.  From powerless to powerful. 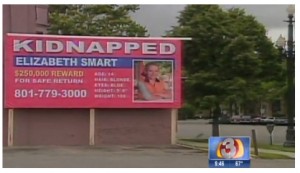 years to follow.  Held by two depraved human beings for 9 months after being snatched from her bedroom at age 14, Elizabeth told me that at one point during the ordeal she made the mental decision that she wanted to survive.  And she would do whatever was necessary to make sure that happened.

That included, sadly, being a submissive slave to her captor.  She spoke rather matter of fact about repeatedly being raped; being treated as some sort of second wife to this man who proclaimed to be a religious superior.  He talked constantly about himself, Elizabeth told me.  She said it was excruciating to listen to him hour after hour.  Self absorbed and delusional. 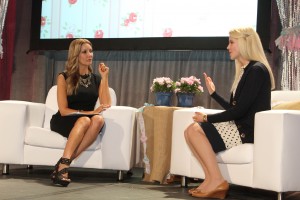 She seems to have come to terms with her past.  There are bad days, of course.  She’s only human (as she put it).  But Elizabeth made the point of saying that this was 9 horrible months out of her beautiful 26 years. Perspective.

Elizabeth was in town to be the keynote speaker at the Florence Crittenton Teaming up for Girls luncheon.  This is an organization I love.  They take in young girls who have been abused or are in danger and help them turn their lives around through education, emotional support and hope.   In fact their slogan is Where Hope Comes to Life. 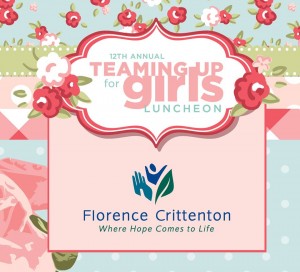 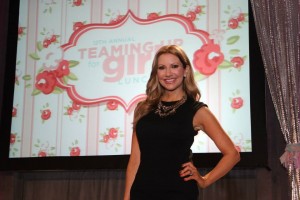 It was my second year as emcee of the event.  About 900 people were on hand  to support the cause — and hear Elizabeth Smart live and in person tell the story of her life.  Then and now.

See thats the thing that struck me most about her story.  There is a then.  And there is a now. 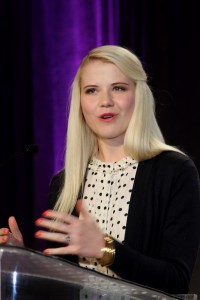 For the girls from Florence Crittenton who have struggled through their young lives in a variety of tragic ways, Elizabeth’s message was important: What you are going through today does not have to define your tomorrow.  Someday it will be only a memory as you move to the NOW that everyone has the ability to create.

Elizabeth’s NOW involves a husband, two dogs and a busy life speaking at events like this across the country.  She has become a national symbol of hope for those who are abused and suffering.  That this poised, lovely young lady could have not only survived, but she was able to thrive, is something truly remarkable. 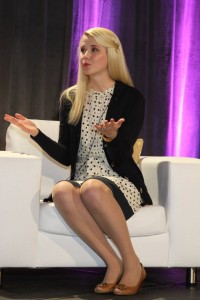 People are, of course, always curious to hear details about the time she was held.  What was it like?  What went through her mind day after day not knowing if she would escape or be rescued.  Would she be killed.

The couple who took Elizabeth first brought her to a remote mountain camp in Utah.  But she explained to me how she used her captor’s ego against him.  She manipulated him into believing that God told them to move closer into the city.  And thats how Elizabeth Smart saved her own life.  Eventually they were recognized and she was rescued.  She wanted to survive and she did.

The event was a smash hit raising nearly $500,000.  Money that will be used to help the Florence Crittenton girls of today and tomorrow not only survive, but more importantly, thrive.

Don’t be defined by then.  Look for and live in the now.

A Special thanks to Nikki O’Shea of Gordon C. James Public Relations and Megan Kase, Special Events & Communications Manager of Florence Crittenton for providing photography from this event.